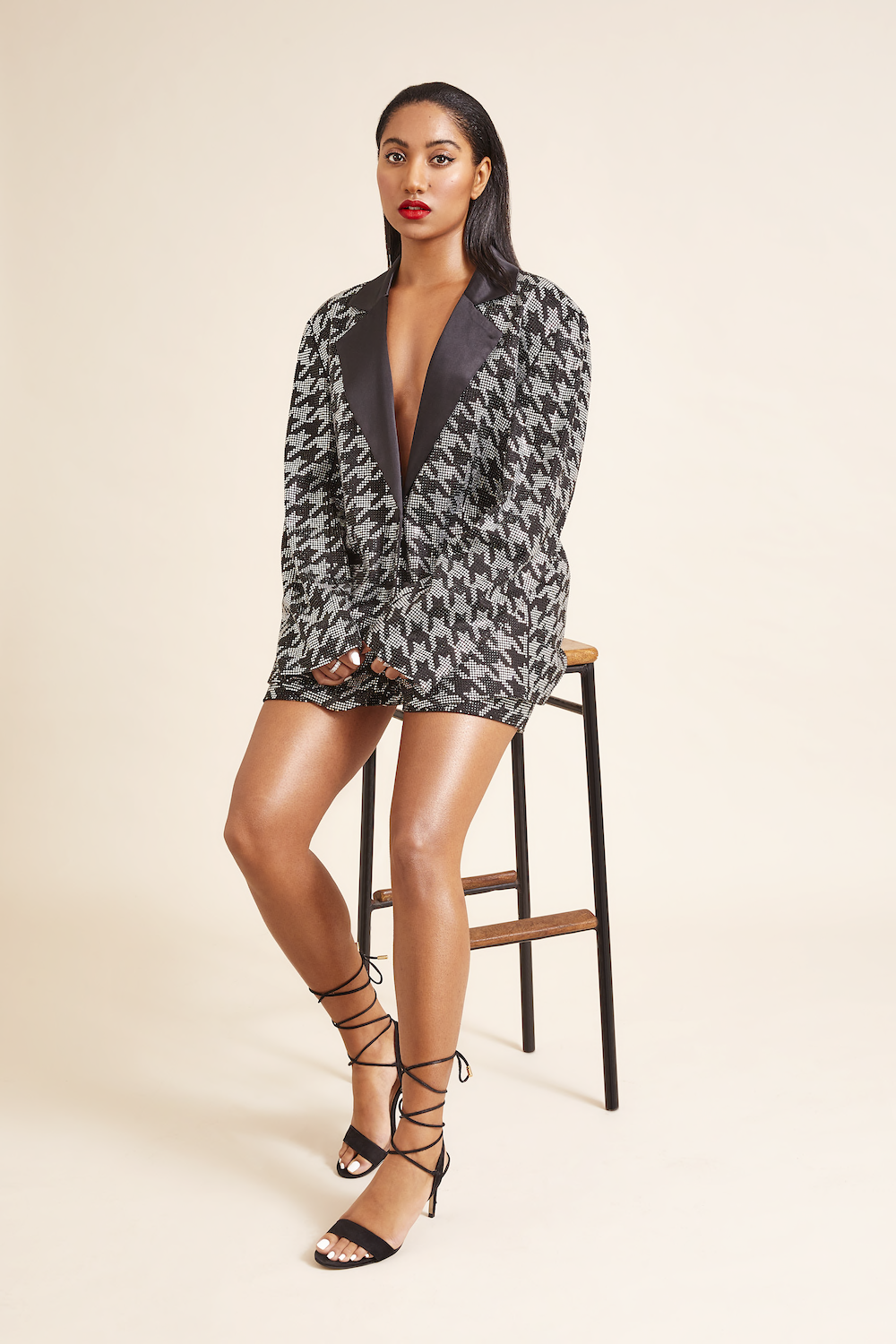 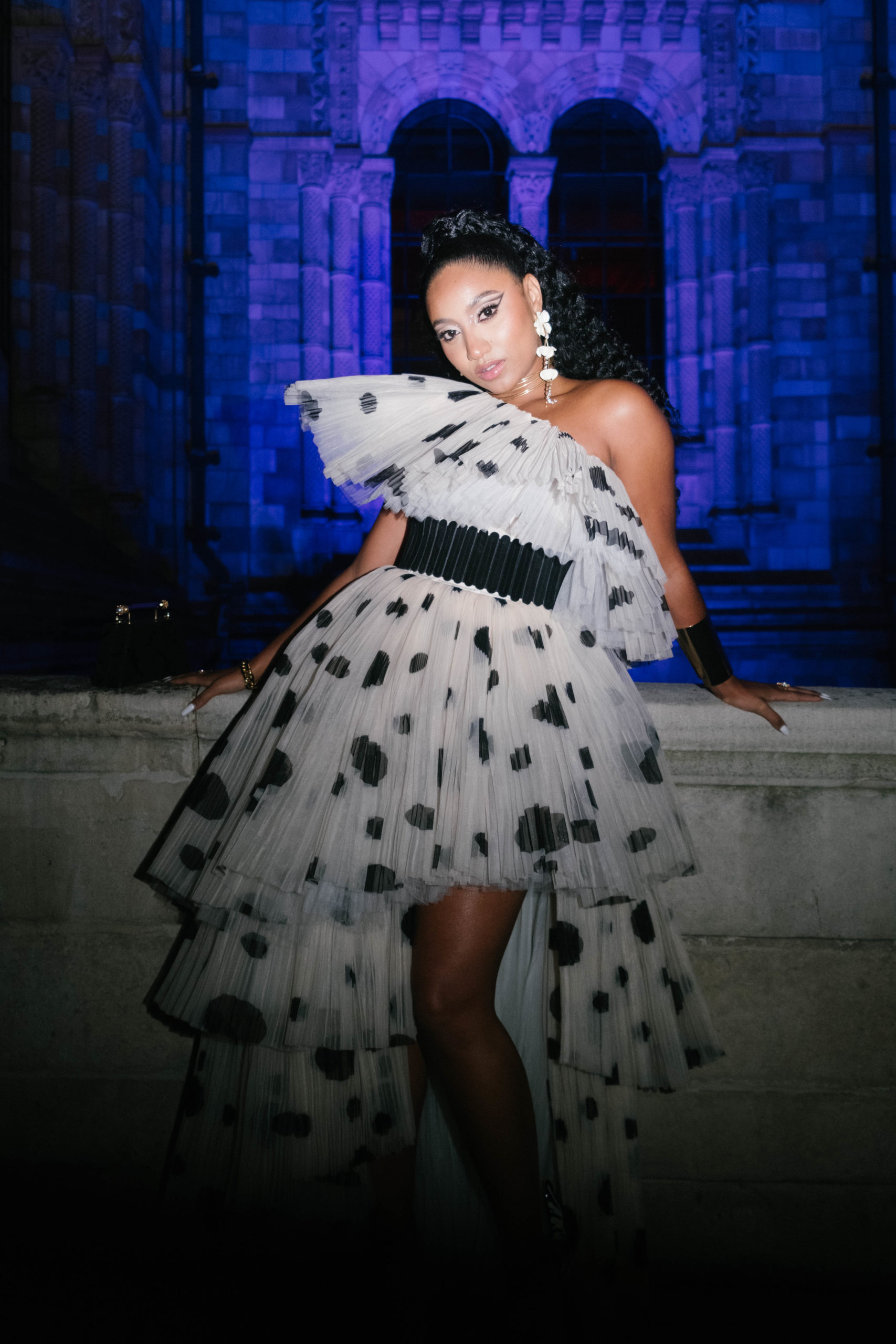 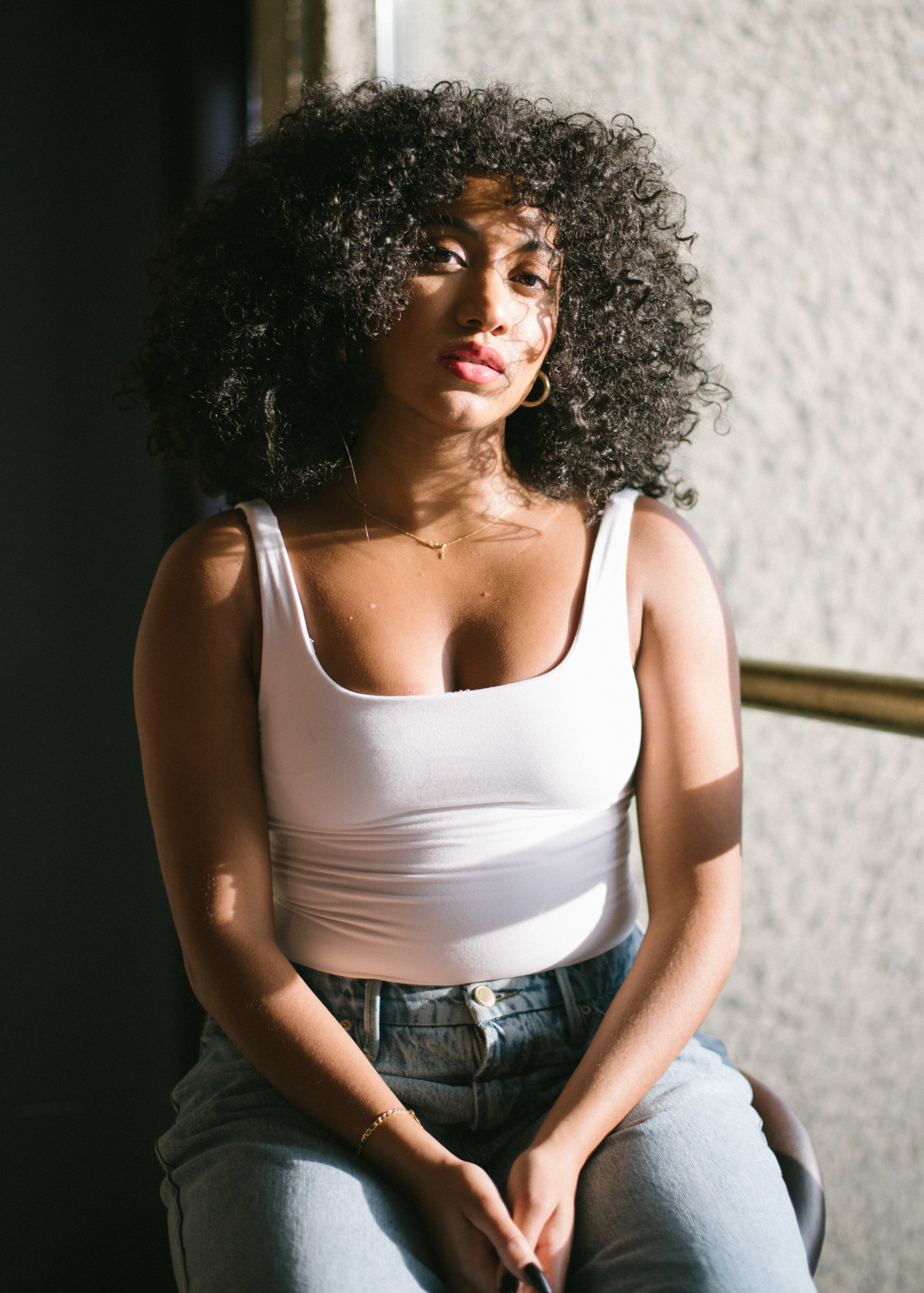 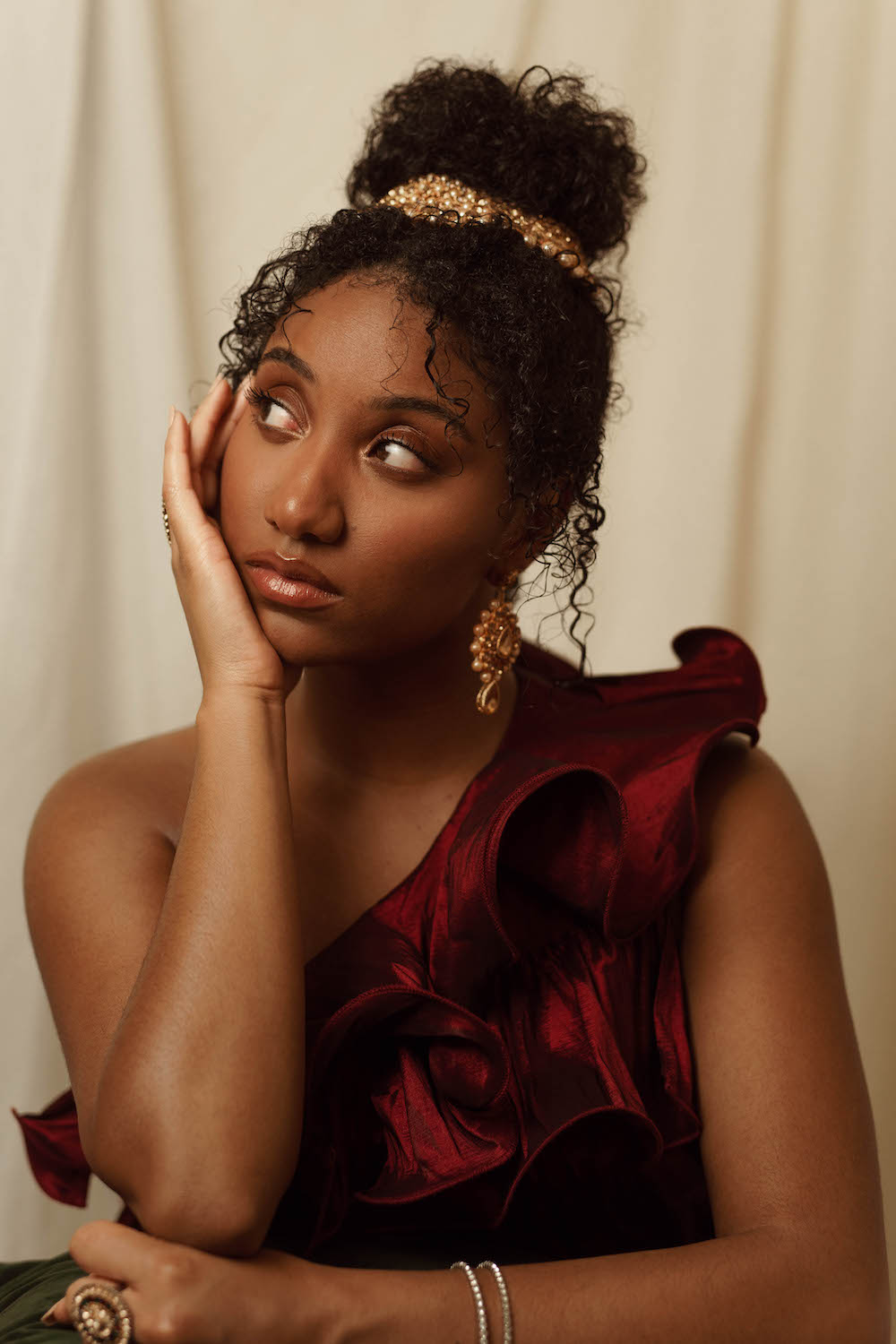 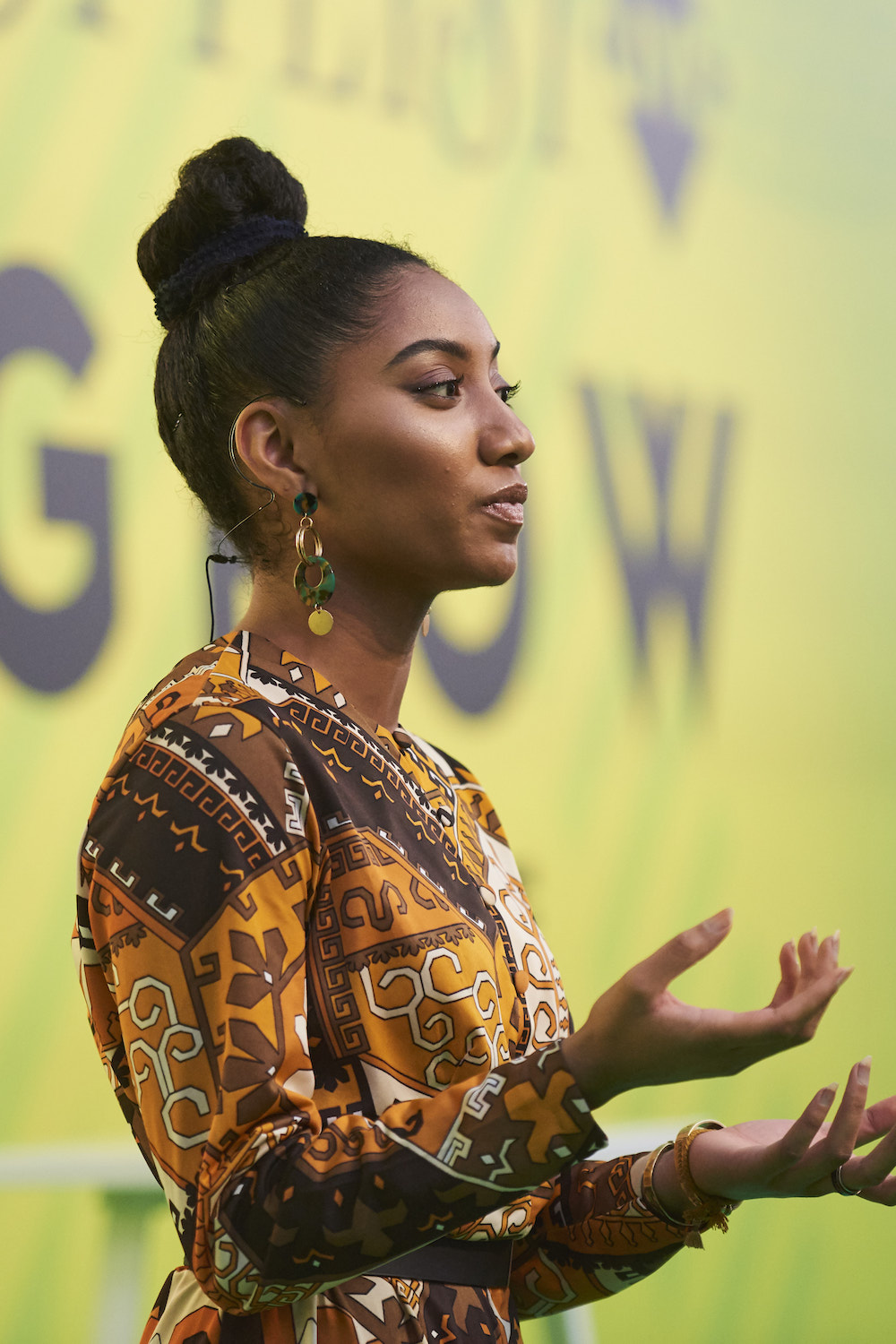 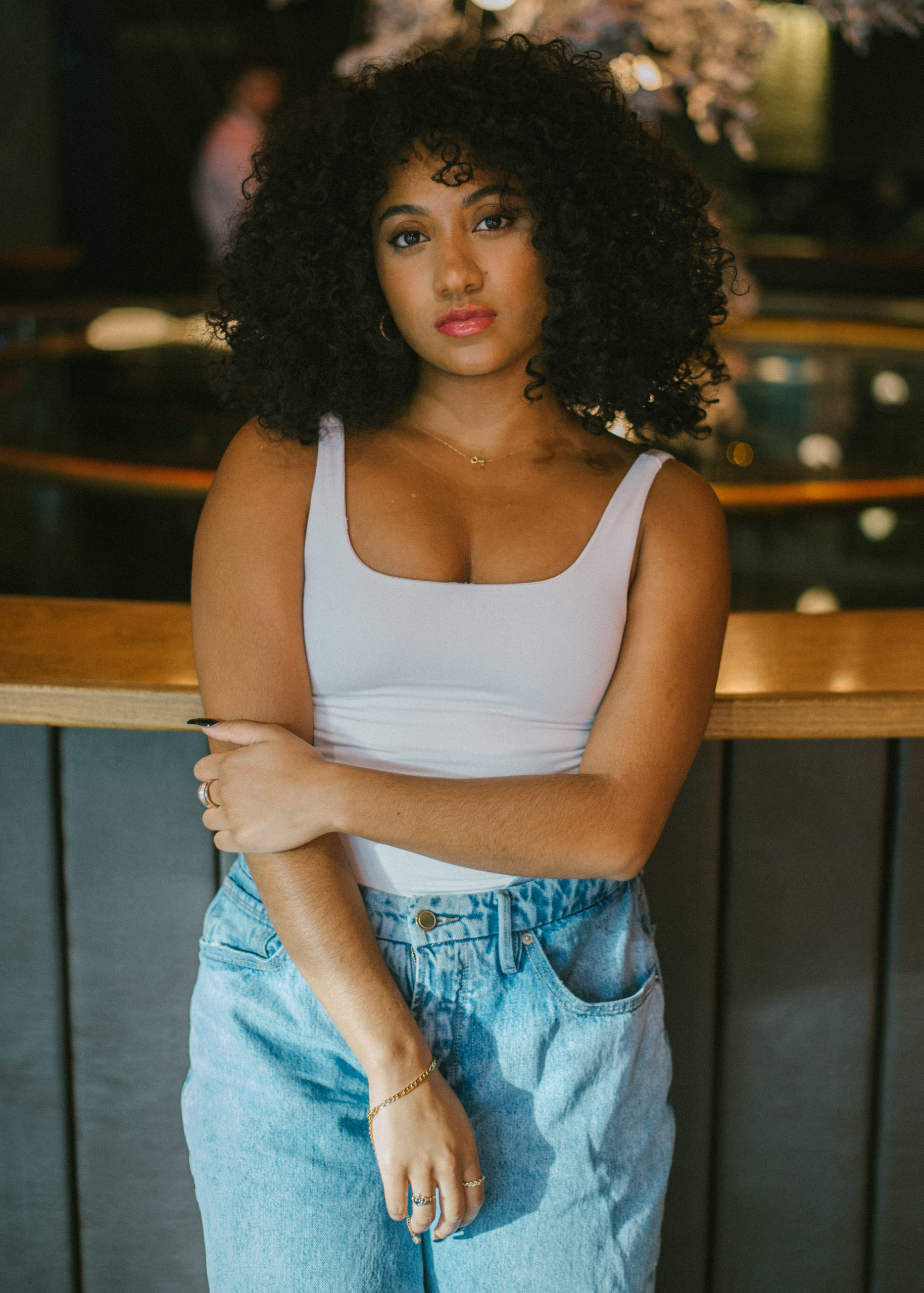 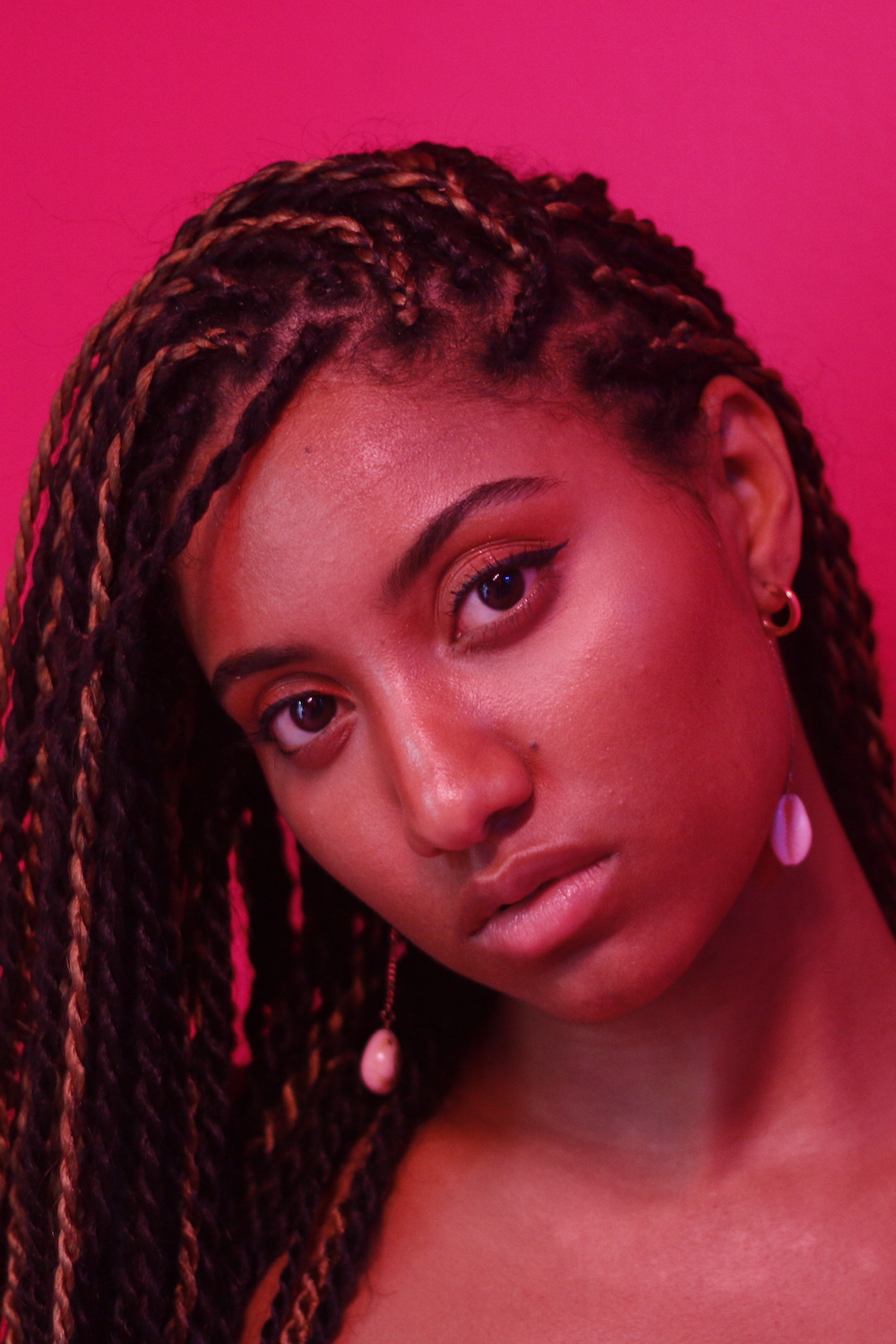 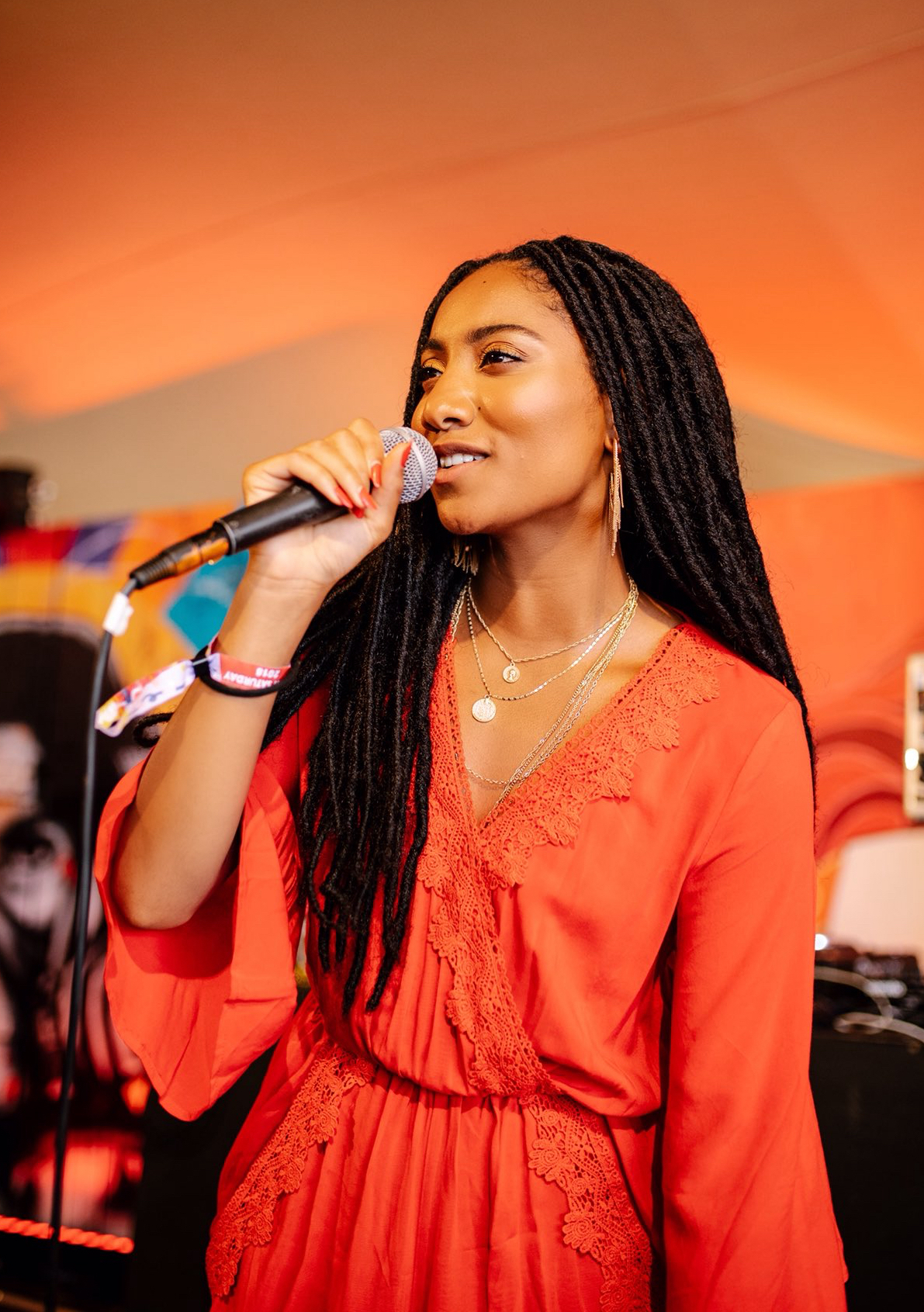 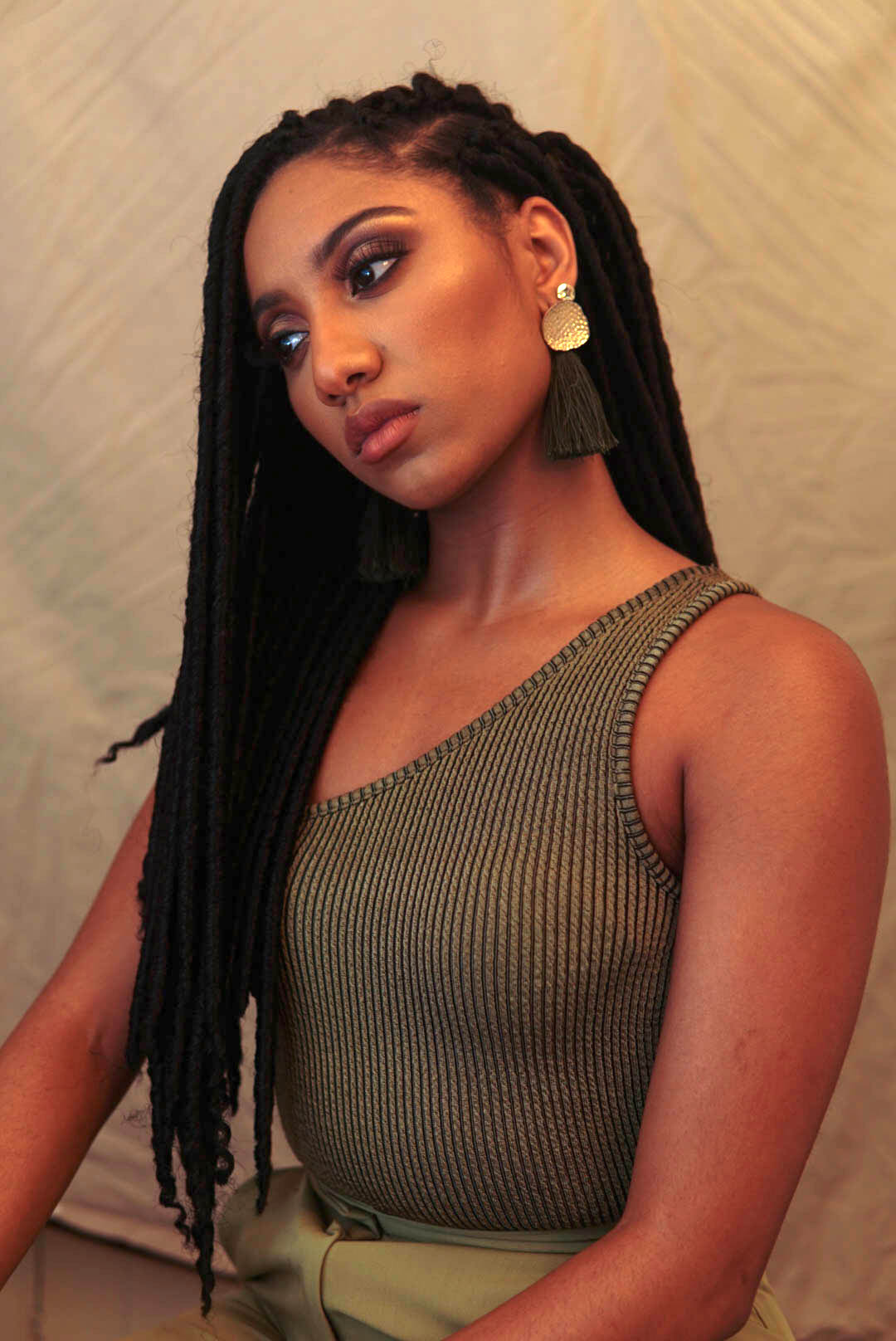 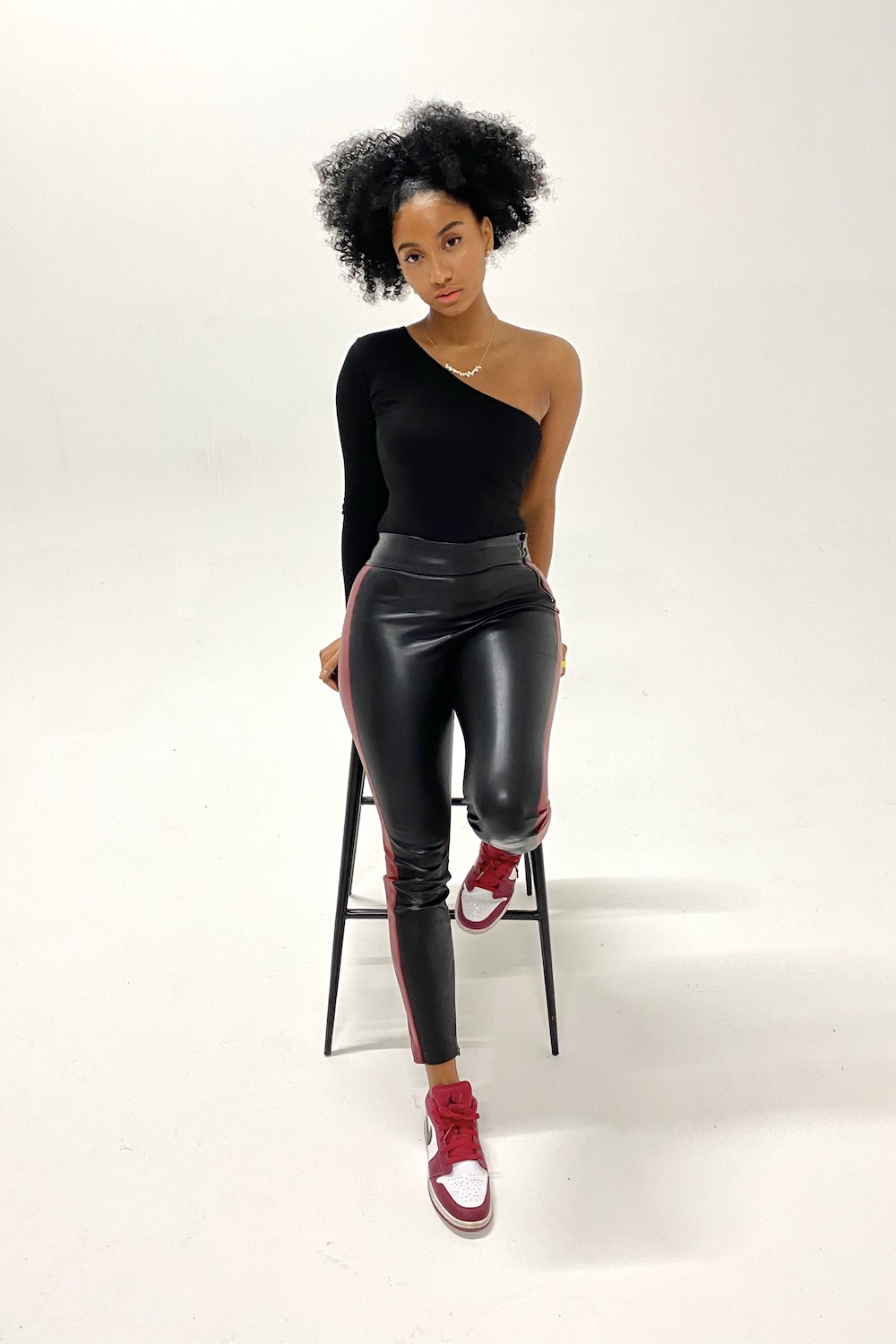 Sophia Thakur is an award-winning, best-selling author and performance poet.

Sophia is the Youth Creator and Educator Ambassador for Jordan’s Jumpman23 women’s squad and will be working on a series of activities throughout the year to empower communities. She has most recently been announced as one of the Forbes under 30 for Arts and Culture within Europe for 2022.

The spoken word artist climbed onto the stage at the age of 16 with a refreshing and intimate take on traditional poetry, and captivated a room full of career professionals. Since then, she has pushed the boundaries of poetry to inspire varied audiences across the world from the Glastonbury stage to the Ted Talks stage to countless mainstream TV and radio stations.

Sophia’s powerful messages on mental health, diversity, politics, self-expression, empowerment, women and wellbeing has led to participation at events organised by Google, Accenture, Nike, The Guardian, The Royal Family, Channel 4, BBC, Viacom and the Liberal Democrat and Labour party. Many of whom she has continued to work with. Sophia has sold out three groundbreaking headline shows across the world, including her book launch at the Jazz Cafe in London. Sophia was recently the headline act for the New Voices show with a powerful performance at Union Chapel in London, December (2021) .

Her debut book ‘Somebody Give This Heart a Pen’ became a #1 Bestseller. The collection of stories-in-verse has been named the ‘the only key to empathy’, and has been publicly supported by Accenture, The Bookseller, MTV, London Times Magazine, Stylist, Google and even Stomrzy’s Merky team.

Sophia’s unique approach to delivering a powerful message through poetry and workshopping has led her to be invited to captivate and charm diverse audiences in India, Denmark, Ghana, Chicago…at Facebook, Getty Images, over 80 Universities, The Houses of Parliament and countless Corporate and Commercial agents across the world. She is often invited to work with the creative teams at Nike, Canon and MTV to share her talents for crafting powerful messages, to further enhance their campaigns. Most recently, her performances at MTV’s Black History Month series and Viacom’s International Women’s day campaign have gone on to win a number of film awards. In May 2021 Sophia was awarded Best Individual Performance at the PR Week and Campaign Magazine’s prestigious Brand Film Awards for her piece, There’s No Finish Line, written for Unilever’s environmentally focused campaign.

“Uplifting, brave and quietly devastating” Stylist Magazine on Somebody Give This Heart A Pen

Online, Sophia has cultivated a passionate following with up to 1 million impressions per month and over 41k subscribers across her social media channels. She has inspired millions of watchers to pick up a pen or type their own story and is regularly invited into schools and global offices to facilitate writing and public speaking workshops. Sophia’s work also includes intimate forums with cancer patients and refugees.

Sophia’s mission is to push the boundaries of poetry and literature by taking spoken word into a more commercial space. In 2019 after finishing a speaking tour across high-schools in Ghana with a band of native musicians she returned to London to fill both OMEARA and The Jazz Café. Merging the sounds of poetry with afrobeats, jazz, neo-soul and Colombian reggae, Sophia has become an expert in telling our stories back to us in a way that both entertains, provokes and evokes empathy and compassion.