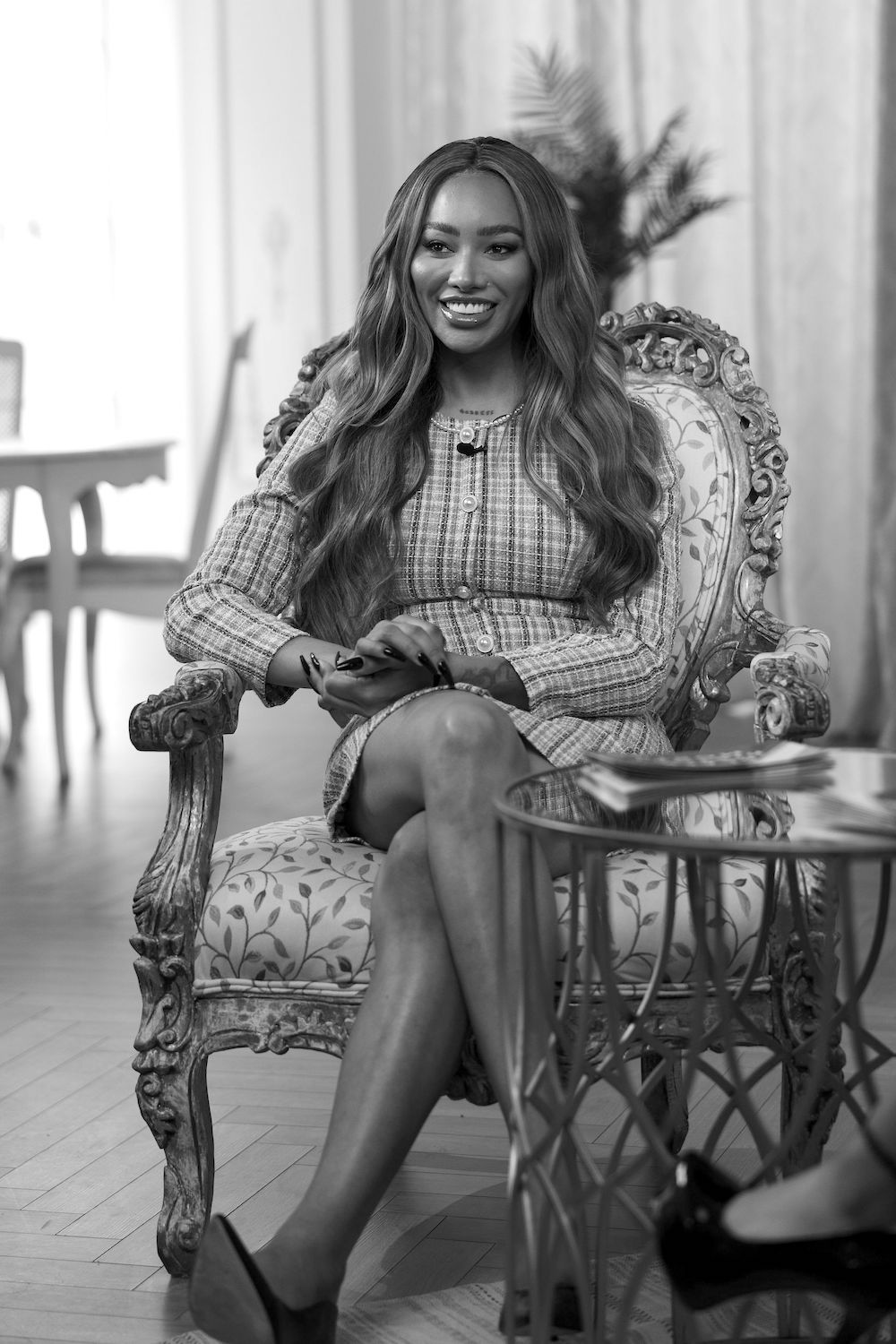 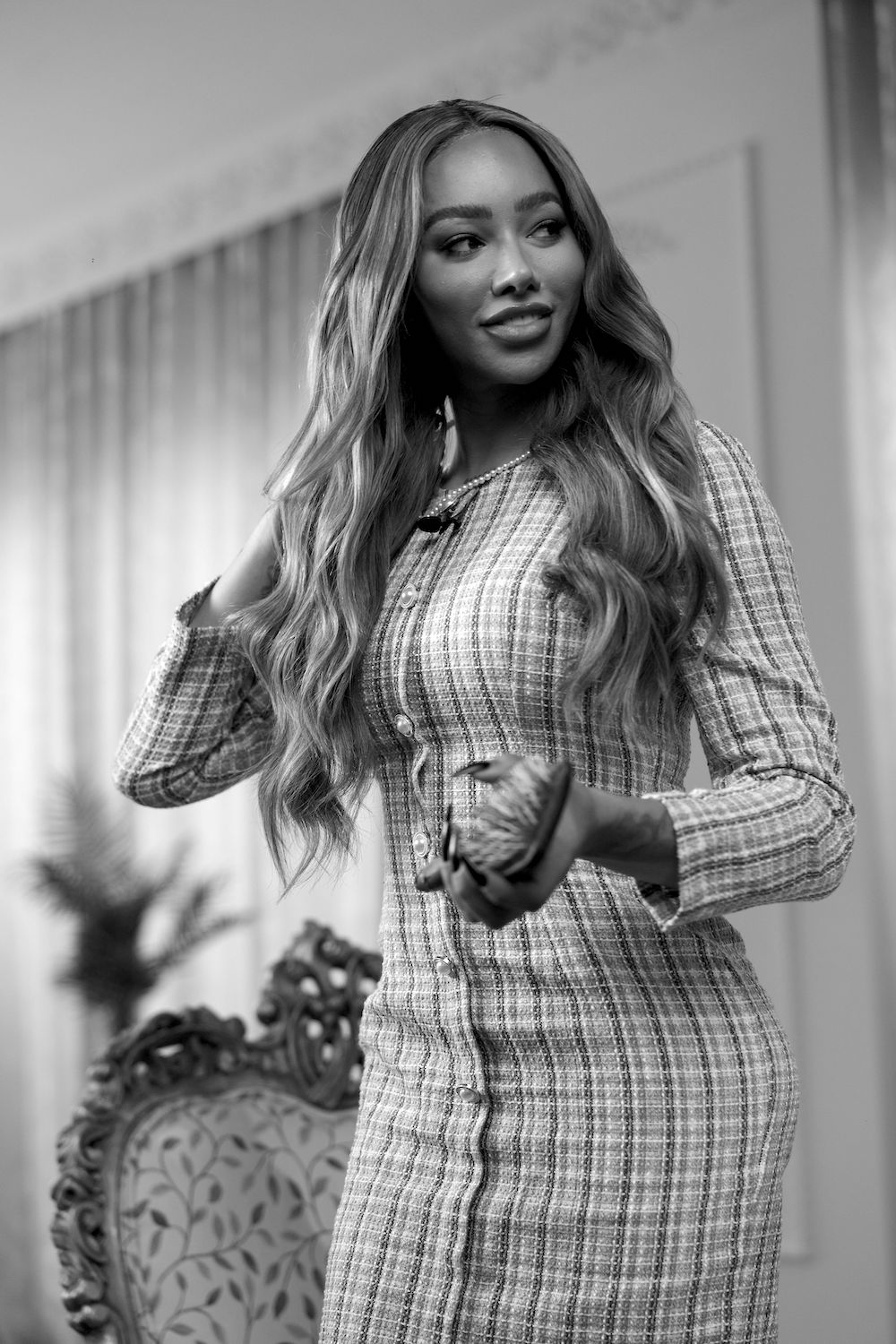 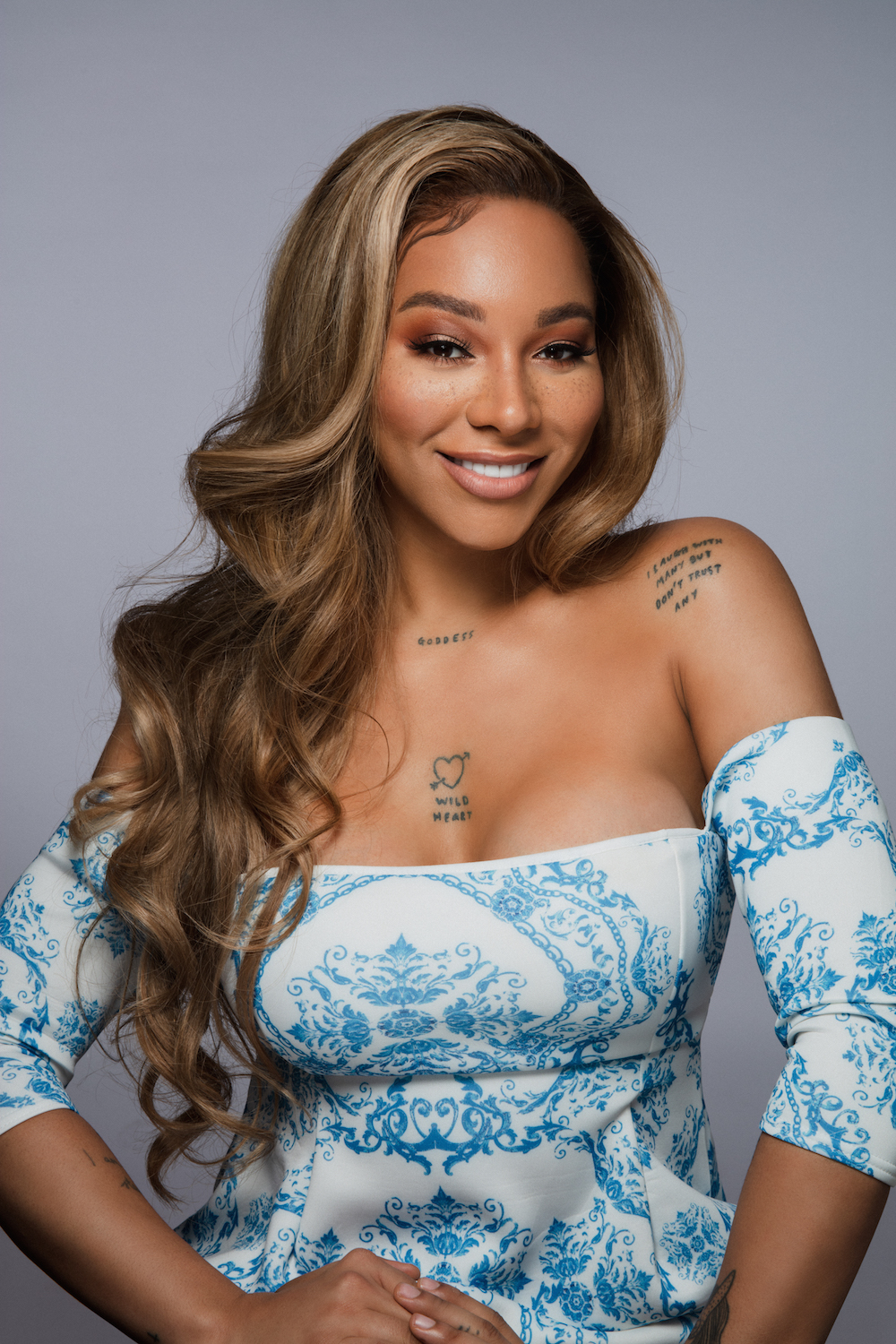 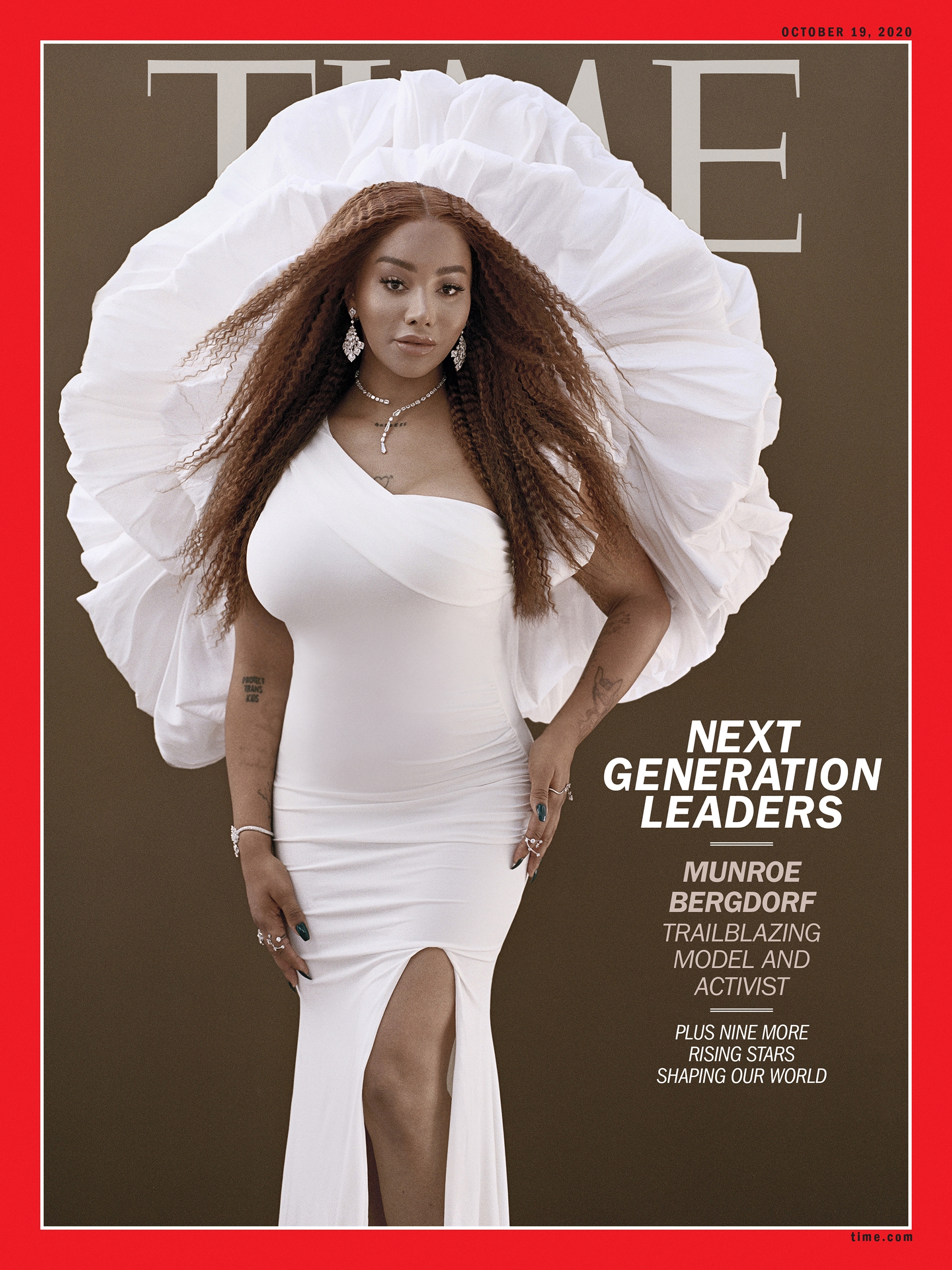 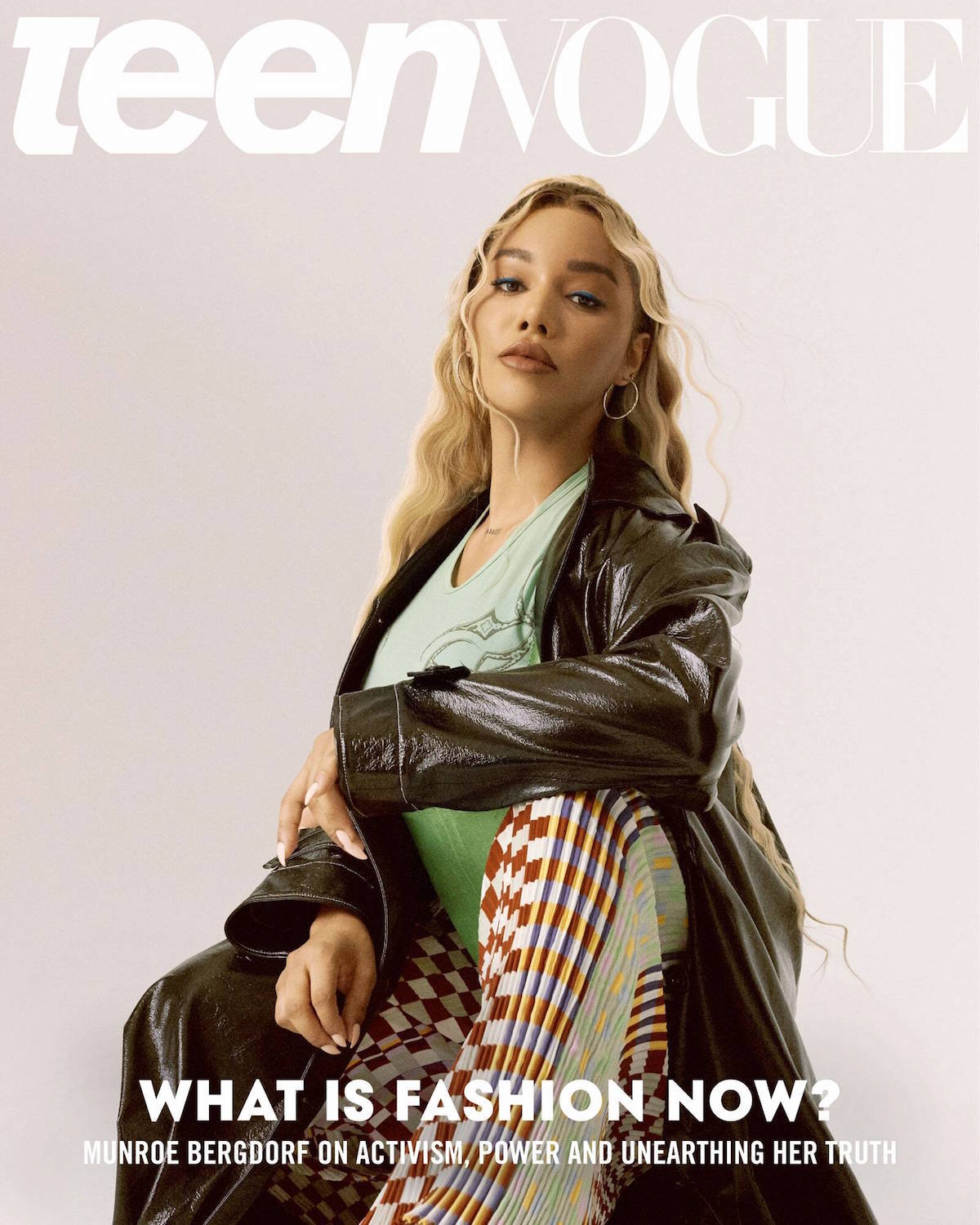 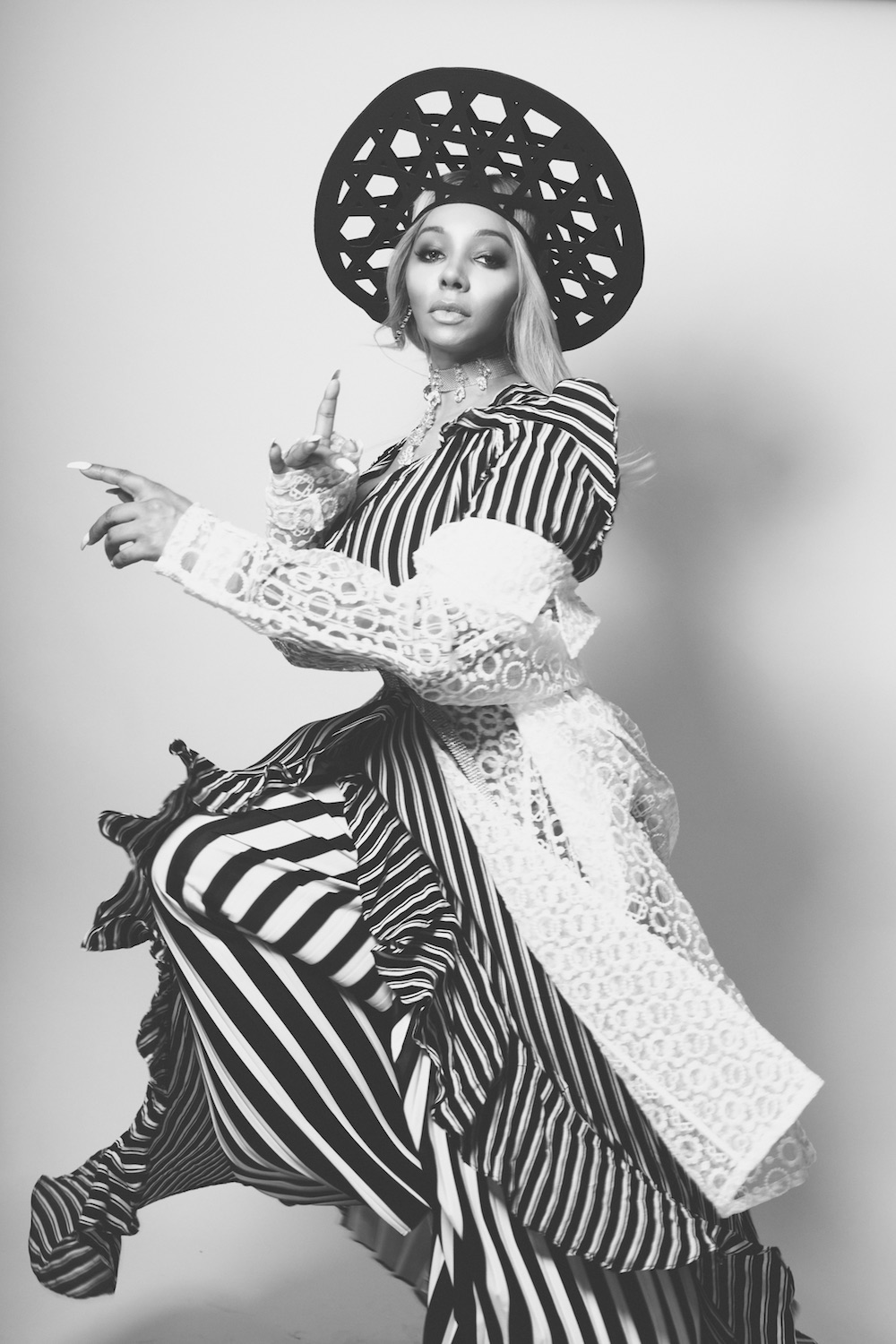 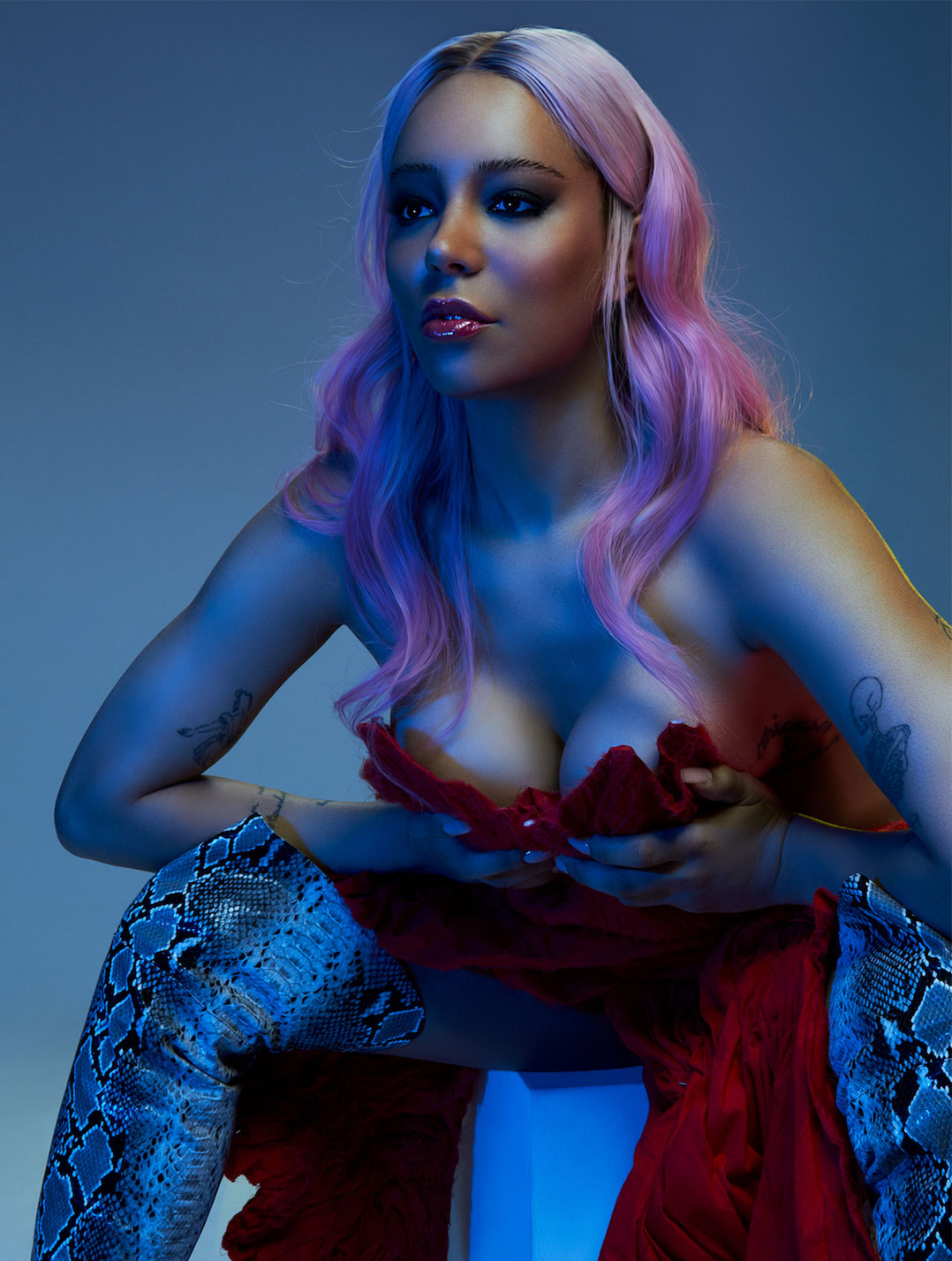 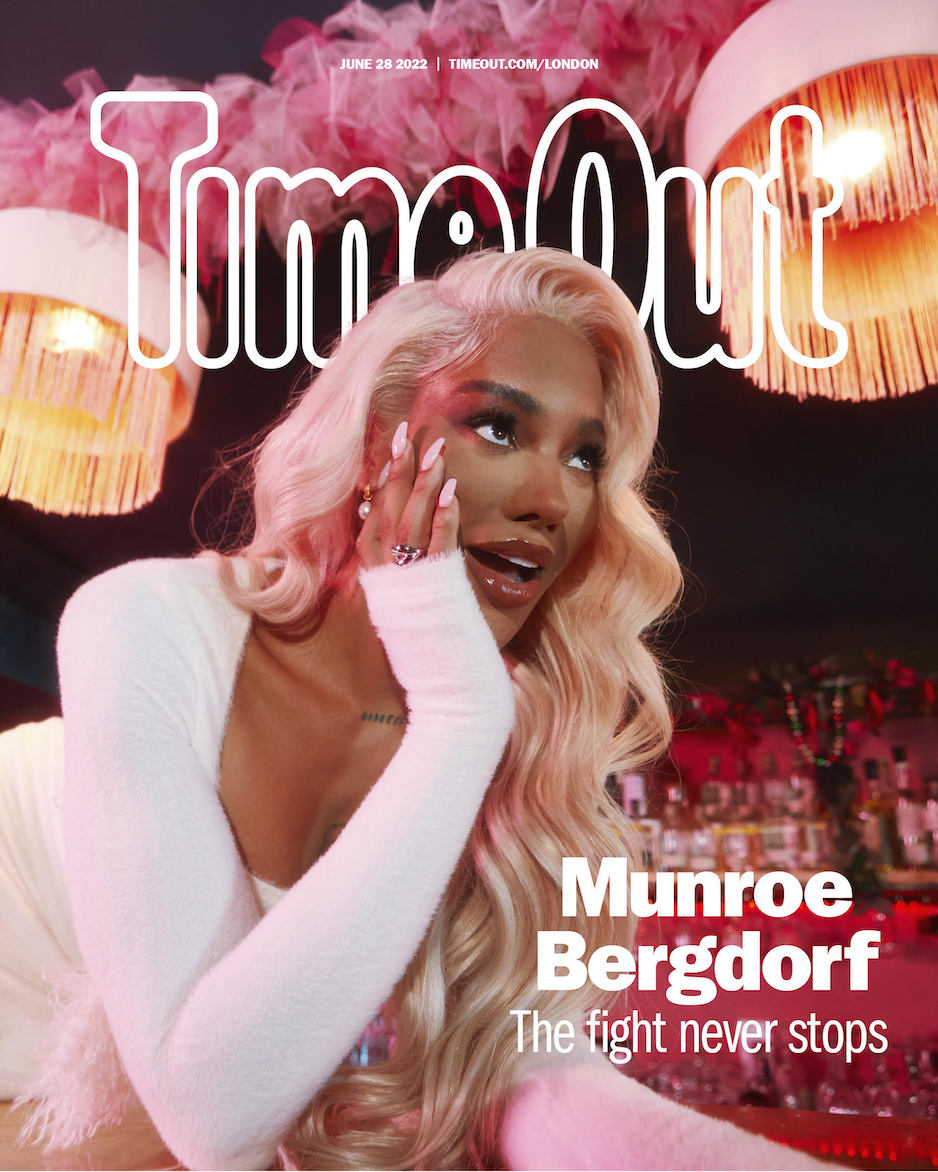 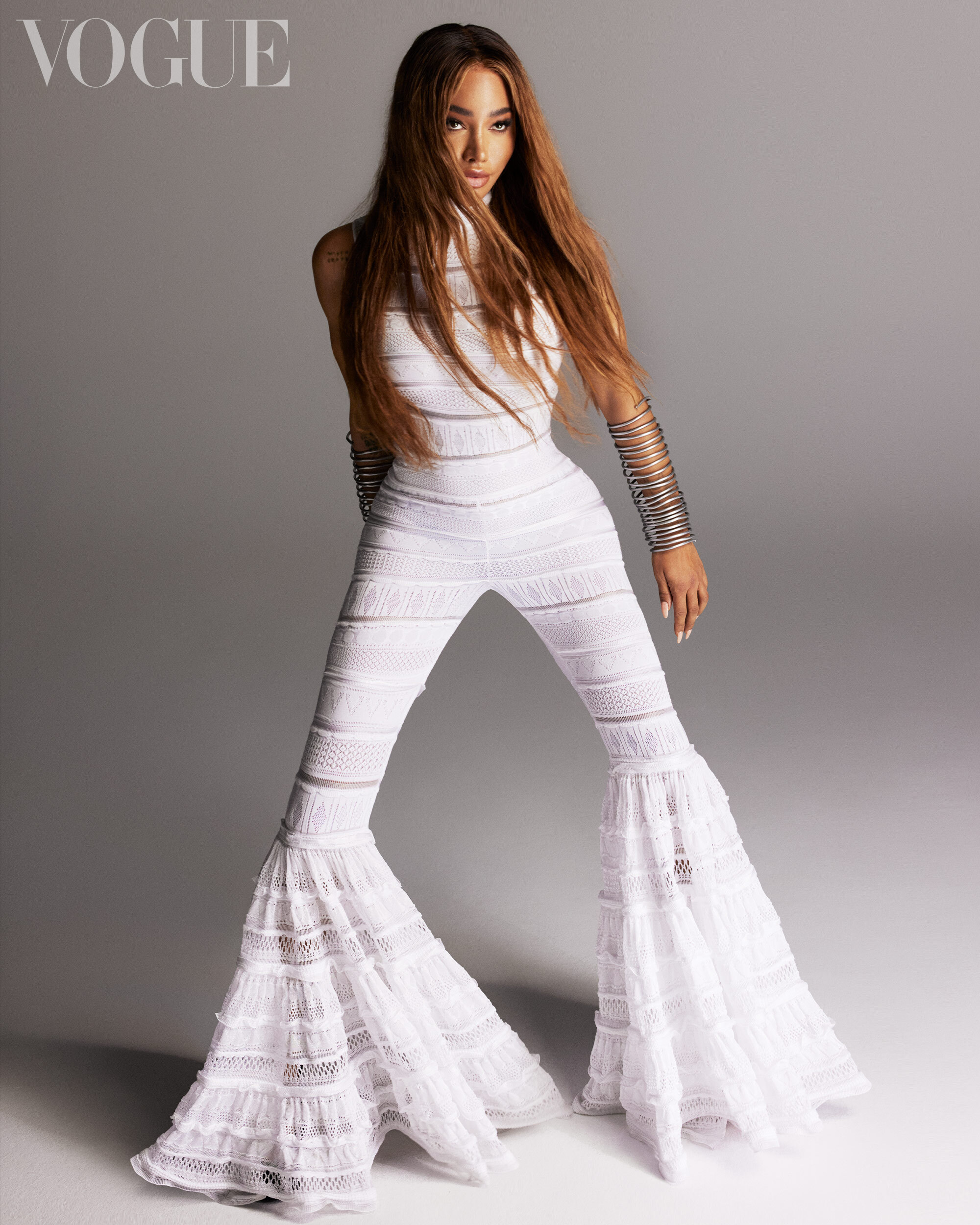 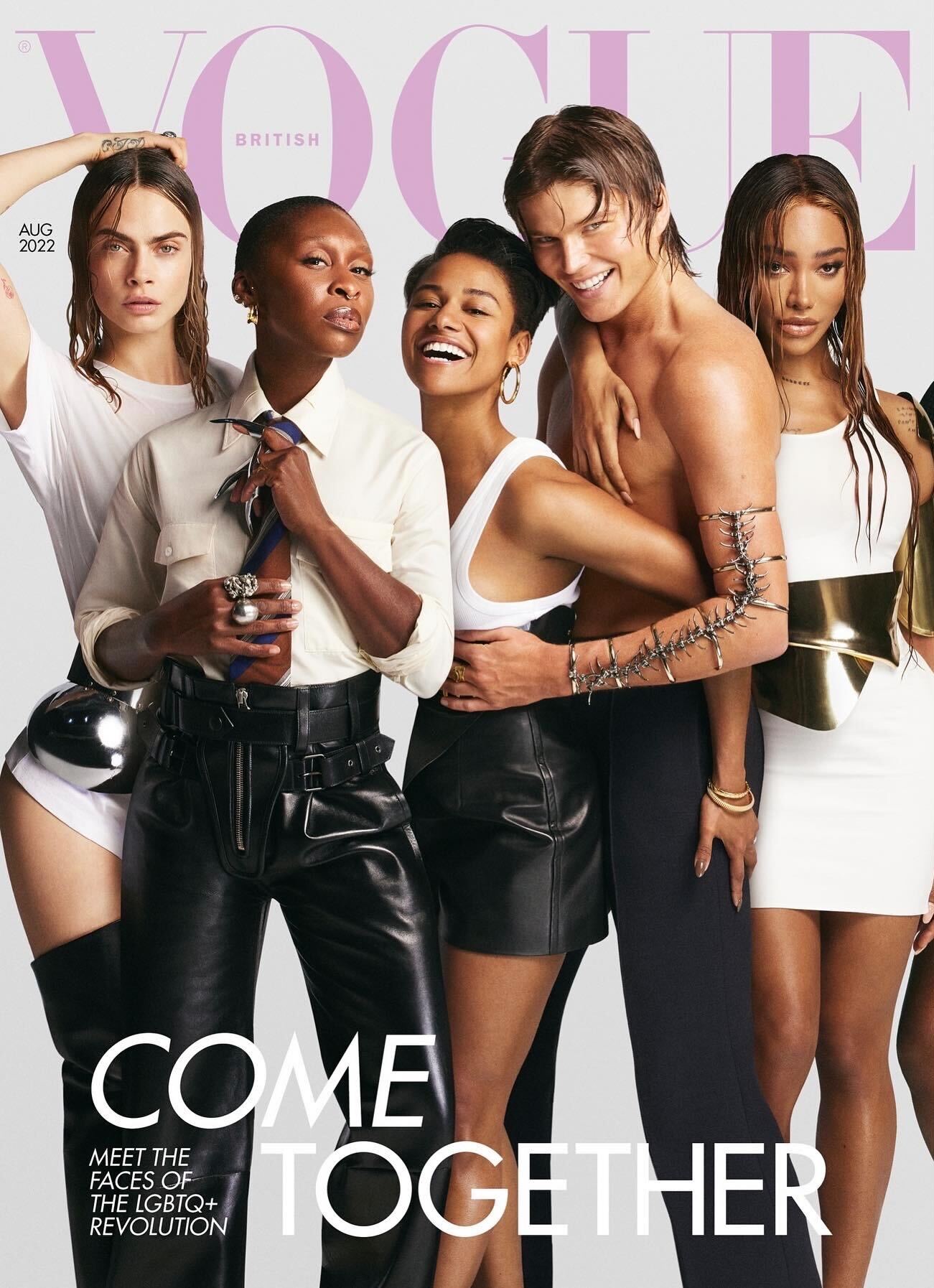 When Teen Vogue wrote of Munroe Bergdorf “She’s a powerful and unstoppable force and the world should take notice” back in April 2018, they were right.

In the past three years the model, activist and Doctor of Letters, has become recognised globally for her activism, covering many of the world’s biggest magazines and receiving numerous media accolades. In August 2020 not only did British Vogue name her in the top 25 most influential Women in the country (alongside Rihanna and the Queen) but Teen Vogue, the same publication that took note of her – featured her on the cover of their coveted September issue. In October 2020 Munroe was named among ‘100 Great Black Britons’ alongside Steve McQueen, Edward Enninful and Bernardine Evaristo, the list celebrates high-achieving black British individuals over past 400 years.

Boasting over a half a million social media following, Munroe Bergdorf uses her platform to amplify marginalised voices, offering insight and instruction on feminism, diversity and LGBTQ+ topics. She talks passionately about rejecting public shaming, preferring that we embrace accountability and resolve, with her work focusing on education – when you know better, you do better.

Routinely, Munroe is featured on national and international news outlets, a published writer for the likes of British Vogue, Grazia, i-D, Evening Standard and The Guardian. In 2019 she was appointed LGBT+ Editor at Dazed Beauty, profiling some of the most ground-breaking queer talent of the moment. She has spoken about matters of race, gender and sexuality at various renowned international Universities such as Oxford, Cambridge, Princeton and NYU. In recent years Munroe has gone on to grace the cover of Time Magazine (for their Next Generation Leaders issue), Paper Magazine, Guardian Weekend Magazine and GQ Style as well as Attitude Magazine and Glamour Magazine which saw Munroe pick up the Hero Award and Gamechanger Influencer Award respectively.

Munroe has fronted campaigns for beauty, fashion and lifestyle brands Illamasqua, Uniqlo, Mulberry and Calvin Klein. She has closed shows at the prestigious New York and London Fashion Weeks and more recently was asked to be a judge for the British Fashion Council Gamechangers Prize.

In 2018, Munroe’s debut authored television documentary, ‘What Makes A Woman’ premiered on major UK network Channel 4. An hour-long documentary that bravely explores the changing perceptions of gender and identity in today’s society, it solidified Munroe as an important progressive voice in UK culture. That same year, she was awarded Changemaker of the Year at the 2018 Cosmopolitan Awards, the following year she was awarded Campaigner of the Year at the annual LGBT+ Awards.

Further cementing the significance of her activism, in 2020 she was appointed as a UN Women UK Changemaker. Munroe regularly consults for global FTSE 100 businesses for their inclusivity and diversity schemes, including the world’s largest beauty brand, L’Oreal Paris, where she sits on their UK Diversity and Inclusion Advisory Board to influence and inform the brand and be a voice for black, trans and queer community. Munroe remains committed to using her platform to champion diversity and create lasting change in the beauty industry and beyond. In July 2021 Munroe delivered a key note at One Young World conference in Munich which was applauded by attendees and became one of their standout speeches that year.

After an 11-way bidding war, in July 2020, Munroe signed a six-figure book deal with the UK’s largest independent publishing house, Bloomsbury. 2021 will see Munroe release her debut literary offering ‘Transitional’. The book will explore the journeys that we all experience as human beings, from our adolescence, to our gender, sexuality, love and relationships, identity and race, in one way or another we ALL transition.

In September 2021 Munroe launches her Spotify Original podcast titled “The Way We Are” which will see her take the interviewer role, speaking to talent including Jameela Jamil, Mabel, Olly Alexander and Zara Larsson. The podcast will see Munroe and her guests explore their journeys of growth and share stories of turning trauma into triumph, adversity into opportunity and much more.

Munroe was awarded an honorary doctorate for contributions campaigning for transgender rights in 2019 by the University of Brighton.